The night decided it had grown tired of the moon and wandered over to the outer edge of the atmosphere dejectedly. The moon didn’t mind. It was used to the turbulent nature of the night. Characterised by random sparks of dying light. Beautiful in its transience. 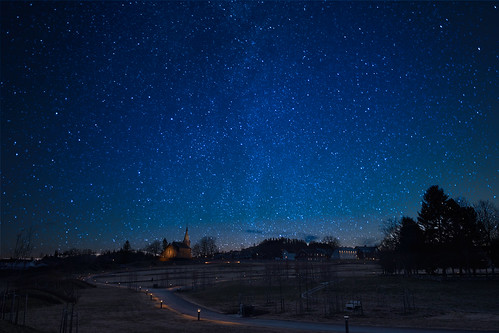 Sometimes the moon would try to cheer it up. Beaming right at it. So bright and loud it would be impossible not to hear. But other times, it would slip behind a darkened shroud. Hiding from dejection. So the night may not see its starstruck tears, flying through the dark with a burning, raging passion, before fading into black.

They always, however, seemed beautiful, to the funny people down below. They visited once or twice, but never stayed long. Those of them far enough away from their vitriolic light could bare witness to the moon and the night’s tragic waltz. Sometimes the moon would notice, and point this out to the night, and they would smile, if only for a moment in time. If only for just a moment.

Nicholas Antoniak is an 18 year old emerging Australian writer. He writes both creative fiction, creative non-fiction and poetry. In July he will commence a bachelor of arts majoring in philosophy and sociology and hopes one day to become an author/poet/philosopher.

It perched in the weeping willow like a vulture. 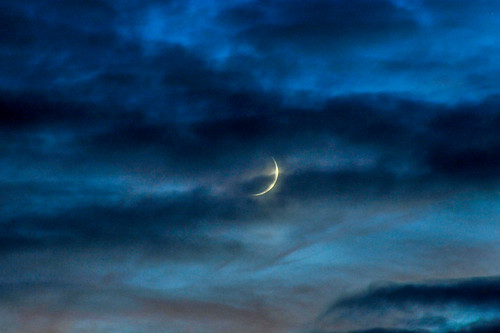 When the moon arched its highest, the house lay dark. An hour later clouds drifted across the bone-white crescent in the sky, plunging the yard into the deepest of shadows. Only then did it climbed free and prowl across the side yard.

In the back, just over the air conditioning unit, the creature sank claws into the outer wall. It scuttled like a lizard, the only sound the tiny crinkling squeaks of the aluminum siding rending beneath its nails. Small, agile digits scratched and worried at the window until with a shudder the unlocked glass slid up. The screen peeled away like a stubborn cobweb.

With a spider’s artful silence it slid through the window, avoiding toys on the floor as it settled into a crouch. The creature unfolded and crept to the bed.

It peeled back the covers and slinked inside.

Until the sky began to lighten in the east the creature lay curled around its teddy bear, surrounded by the toys it had once knew and the memories growing harder to hold each night.

Howard loves horror. When not writing spine-tingling tales, he sits as an Associate Editor for EMP Publishing. Aside from wringing words of wicked wrath, he writes fantasy under another name.