The boy named Mahlah came upon Alice White sitting alone in a ditch. There was a scattering of ruined barns, miles of hard clumps of dirt. “Why is it,” he asked, “that every time I find you, there is always that moldy grapefruit in your hand?”

Alice spoke without turning around. “It’s not just a moldy grapefruit,” said Alice. Mahlah sat next to her, offered her a carrot with brown spots. She refused. 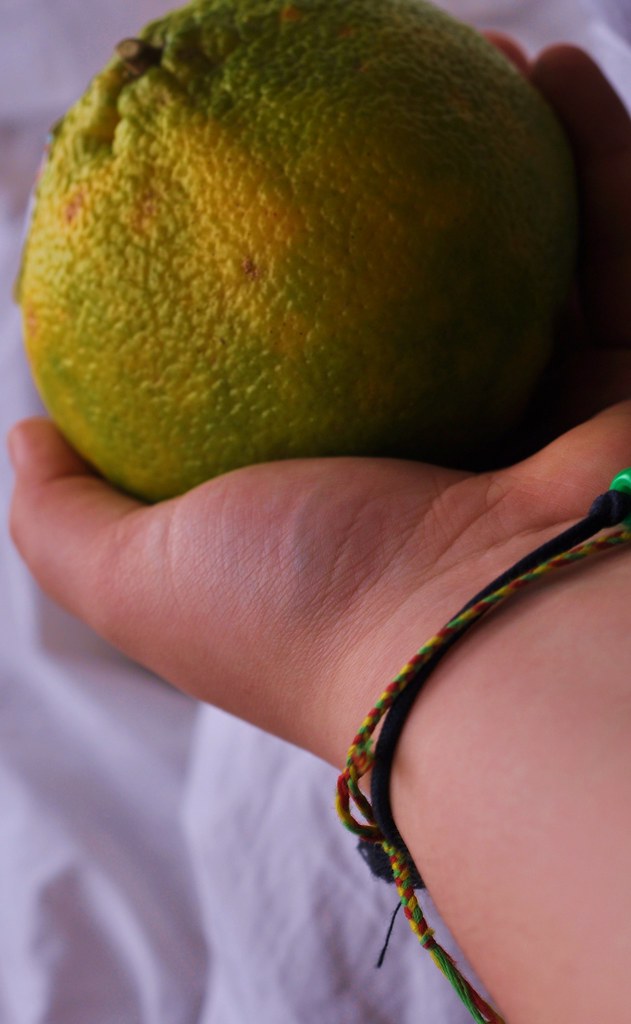 “It’s what’s left of a boy who had beautiful green eyes.”

“Like that boy they once said had polio but had something else?” Mahlah asked.

“No,” said Alice, “It was from the last twister before your family moved into this area. The twister had an infectious pink eye. It spread through the lives of so many. My brother says it gave so many a disease of some kind.”

“Yes. It made lives shorter,” said Alice, “mixed our souls with the dirt of the land, the fruits and flowers that will not bloom. All I have of him is this pink moldy grapefruit. At night, he sleeps next to me. I squeeze him and I hear him talk. He says, We all need love but none of us will be saved.”

Kyle Hemmings lives and works in New Jersey. He has been published in Elimae, Smokelong Quarterly, This Zine Will Change Your Life, Blaze Vox, Matchbook, and elsewhere. His latest chapbook is Cat Woman Sexy at Underground Books.