Jennie Sherman believed that Texas was big for a reason. She wasn’t from the South, but she was so far removed from the North she didn’t remember it. The Lone Star State suited her because she was her own lone star, and she felt the land in her bones.

“Don’t mess with Texas, and don’t mess with me,” she’d say with a silly-serious laugh. Jennie knew people thought she was overdoing it, but Texas was big to accommodate people with big personalities. At least, that’s how she saw it. That’s why she fit in so well.

The job at the bank didn’t pay much. It seemed ironic. When the men in the ski masks and ten-gallon hats came in and asked her to fill the bag, she leaned over the counter.

“If you take me with you, I’ll show you where the gold is,” she whispered.

“Gold?” the man whispered back. She imagined he was handsome underneath the wool.

Everything in Texas was bigger. So if you were going to commit a robbery in Texas, Jennie thought, might as well make it a big one. 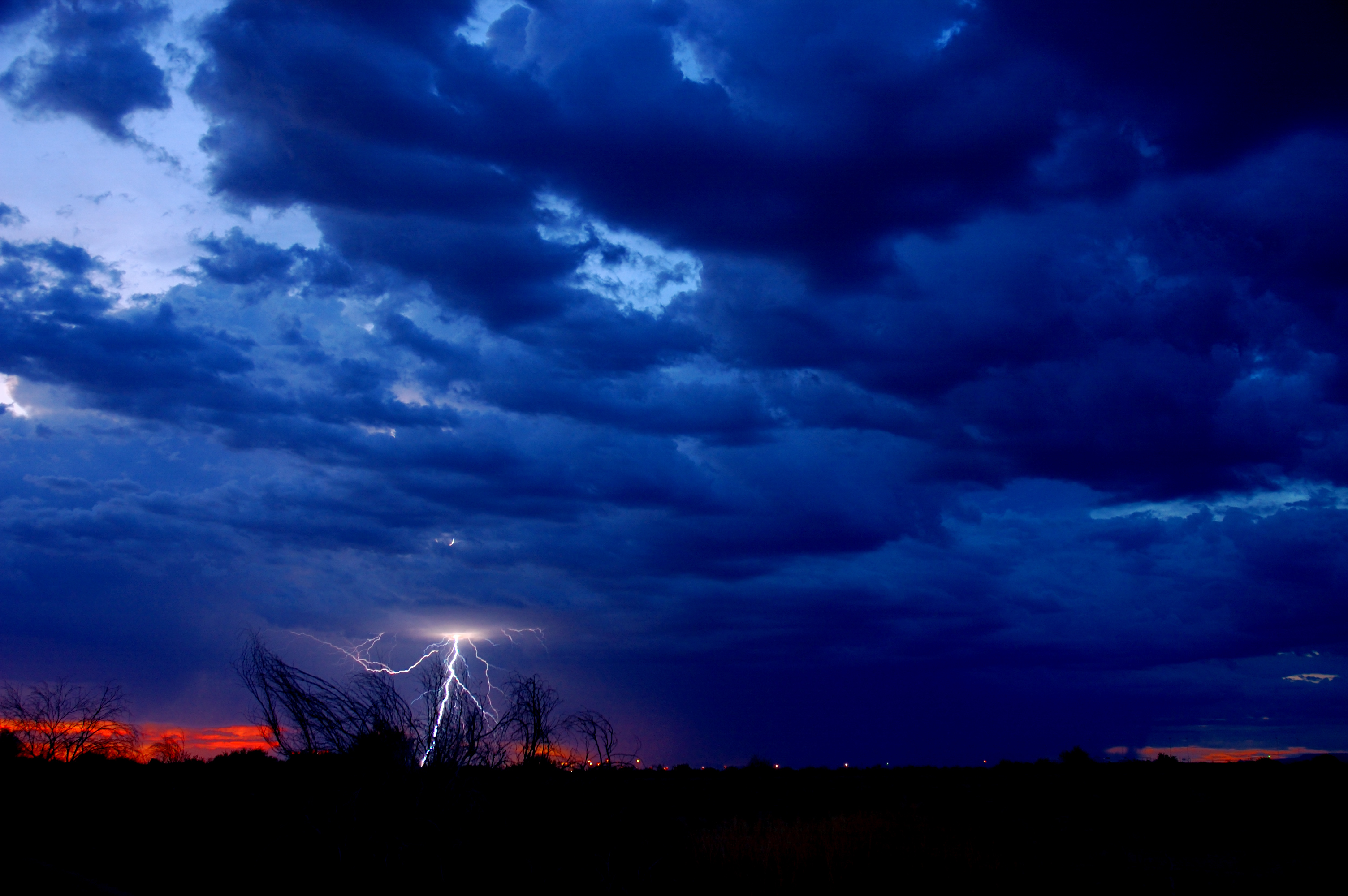 Way out on the non-existent wind, off where the twilight sky is that bruising color between purple and gray, you can see the sparks. The low clouds just before dusk have a hunger, and they gnash their teeth until sparks come off. You don’t even have to stare too long or very hard.

We drove toward those sparking rips at a pace that might have made one think what we wanted was to light ourselves up in those arcs of static that glass the ground. Maybe if you’re hit just right you turn to glass yourself. But that wasn’t it. We had flashing blues and reds behind us, and a trunk that hung low on the axles. Fitting, I suppose, where we were headed with all that gold. First we needed to get across the Grand Canyon state, where the real canyon is between the lives lived by those who only watch the lightning sparking on the horizon on hot autumn nights, and those who live in pursuit of hungry clouds and intimidating sunsets.

The road blazed past; we heard harmonicas on the radio; we pretended the roadblock wasn’t just ahead. It helped to watch the sparks.