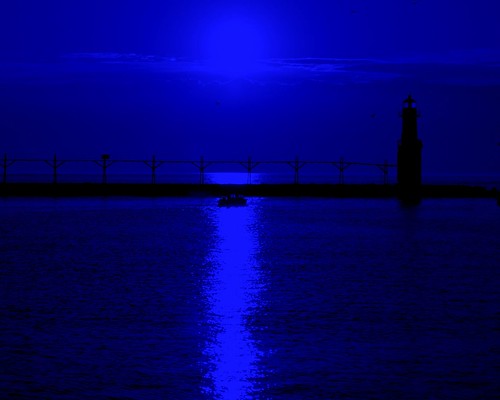 Not a soul heard my mournful keening. As I swept across the foggy moors, the banshee’s cries swirled in my mouth. Her pitchless shrieks overpowered my own voice. I was merely silent wind, carrying another’s sound.

Moon after moon I labored, bearing the harbinger of death to huddled mortals. “Ayyyeee!” the banshee howled.

At last I could withstand this shame no more. “You are not my better,” I warned the noisy spirit. “My moans are as frightening as yours.”

“No,” she argued. “Wind is my servant. My shrieks foretell death. You carry me, nothing more.”

“Behold,” I said. I blew a roaring gale and cracked homes in half. Swinging off to sea, I pushed the swollen waves ashore, drowning a village. When my anger subsided, people wept and buried their unexpected dead.

“Where was your warning cry?” I asked the banshee. “All these deaths, and no sound from you.”

The banshee lowered her hell-black eyes. “You are right, wind,” she said. “I depend on you to be heard.”

Now we cry together, the banshee and I. When you walk the moors, you’ll hear our wails, high and low, twisting around each other. And you’ll know death is near.

Anne E. Johnson lives in Brooklyn. Her short speculative fiction has appeared in Alternate Hilarities, Urban Fantasy Magazine, FrostFire Worlds, Shelter of Daylight, The Future Fire, Liquid Imagination, and elsewhere. Her series of humorous science fiction novels, The Webrid Chronicles, has been described as a cross between Douglas Adams and Raymond Chandler. Her most recent books are the YA adventure novel, Space Surfers, and a collection of children’s stories, Things from Other Worlds. Learn more on her website, http://anneejohnson.com. Follow her on Twitter @AnneEJohnson.