I don’t allow for the other type of depression—it’s too expensive. From its weight alone I’m guessing it must cost several thousand dollars. I doubt I could afford more than half an ounce of depression per week. 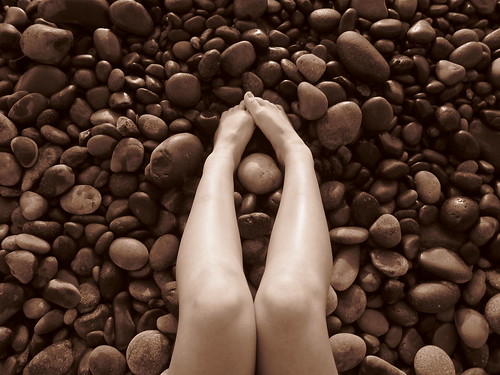 So how am I to survive? Roving happily through life—a weightless drifter through circumstance—no longer standing out or drawing attention to the depth of my existence. I guess I’ll have to face a life of increasing irrelevance to myself and others, likely ending up forgotten—firstly by myself, then the rest of the world.

Much like the depression in my leg which will disappear if I move. That’s why I won’t move—the fear of there being nothing there. A fear of my disappearance from this planet.

Stay very still and keep a handle on this self of yours. Keep a tight grip. Well done—you’re maintaining yourself now. I can feel the weight of me. I know who I am and where I am.

Two days later a doctor arrived. The lack of circulation had caused gangrene in my leg and it would have to be removed.

Soren James is a writer and visual artist who recreates himself on a daily basis from the materials at his disposal, continuing to do so in an upbeat manner until one day he will sumptuously throw his drained materials aside and resume stillness without asking why. More of his work can be seen at http://sorenjames.moonfruit.com/.