or, The Inability to Communicate in an Ironic World 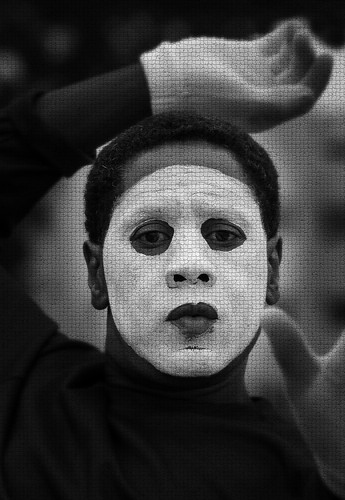 “I never know when you actors are being serious.”

“That’s why I’m against irony. I want to be taken at face value—be seen for what I am.”

“And this is not an ironic stance you’ve taken?”

“I’m just being thorough—it’s my job.”

“You’re not filming one of those spoof comedy programs?”

“In a satirical way?”

“In the normal, reportage way.”

“You’re not just playing the character of a journalist?”

“Is there a level of meaning I’m not getting here?”

“That T-shirt you’re wearing—what does it mean?”

“Exactly what it says: ‘An ironic crisis is worthless; a crisis in irony is ignorable.’ It’s self explanatory, isn’t it?”

“What do the two faces represent?”

“A communication paradox. But we should get off the subject of irony. I understand you have a new film out—a satirical comedy. Was it difficult playing a delusional actor who has to feign artificial-intelligence in a virtual-reality environment based on an imagined world of an insane entertainer?”

“I feel empty and confused sometimes.”

Soren James is a writer and visual artist who recreates himself on a daily basis from the materials at his disposal, continuing to do so in an upbeat manner until one day he will sumptuously throw his drained materials aside and resume stillness without asking why. More of his work can be seen here: http://sorenjames.moonfruit.com/.