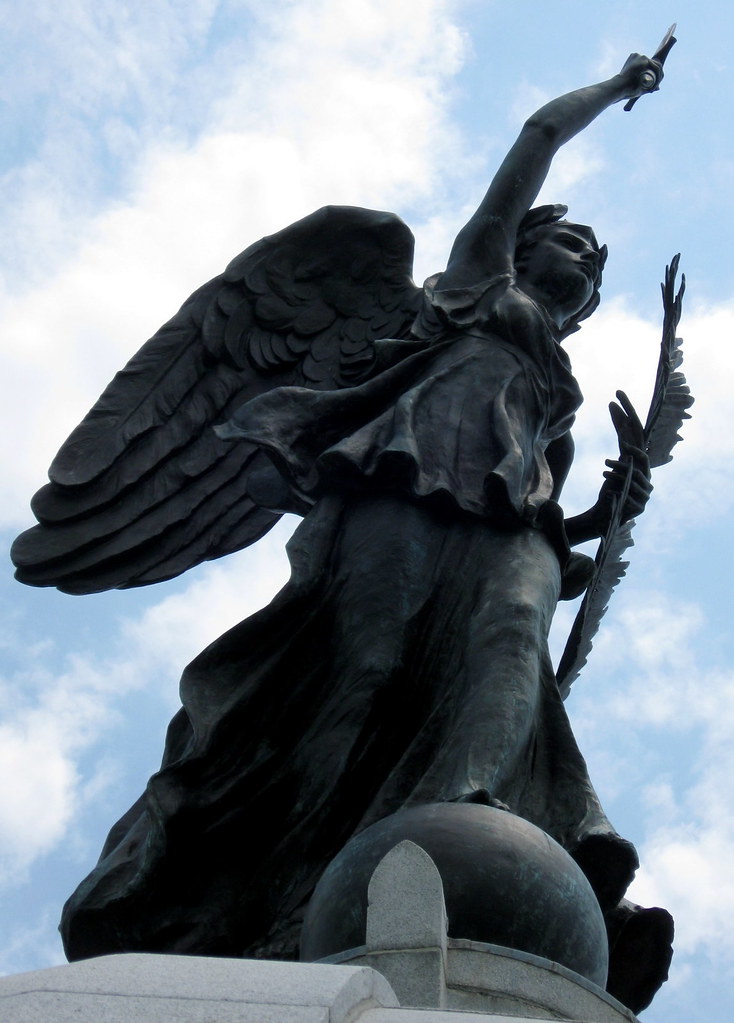 I watched the Hugo Awards and the attendant Puppies drama this year from more or less beginning to end without ever feeling the need to comment or engage. I have my opinions, I’m certain no one else cares about them. Mostly, it was pretty good as far as Internet Dramas go. Entertaining, you know? I follow genre awards primarily in the same way Little Leaguers follow the MLB. It’s aspirational, to a degree; maybe a little bit cautionary.

But, as the post-ceremony furor is fading, Eric Flint posts an essay about the divergence between awards and popularity. Whether I agree with his thesis, methods of analysis, or conclusion is beside the point. It was an interesting read in any case. But it lured me into reflective comment because, as a wannabe author in this space, it made me consider the real shape and form of my goals. The past four years have seen me driving (slowly but consistently) toward an end point. Considering that the previous twelve years were spent putting forth zero concerted effort (generously granting that post-college would have been the proper time to pursue my dreams, despite them being articulated aspirations as far back as 1990—21 years before I got my act together), that’s not insignificant.

However, that actual end point is a little more nebulous than I typically care to think about. There are plenty of ways to wave in the direction of a concrete goal. “I want to be a writer.” Or, “I want to be a published writer.” Or, “I want to make money by writing.” If you don’t stare too hard or add too many qualifying criteria to these nebulous statements, I have achieved all of them. But, honestly, to date that’s as far as my specificity has gone.

And I realized that pursuing dreams is all well and good but you have to put some effort into visualizing what success is going to look like. Otherwise, how will I know when I get there? But then, as I unpack this further, I realize there are steps along the way. In the short term I’d like to qualify for an Active Membership in SFWA (whether or not I actually choose to join) through short fiction sales. That means 10,000 words or more of professional-level pay (six cents a word) across at least three different story sales. Beyond that, getting an agent would be a significant milestone. But how do I really say, “dream achieved?”

Is it when I publish my first novel? When I reach the bestseller list? When I win my first major award? Eric Flint points out that popularity and acclaim don’t always go hand-in-hand, so it’s possible choosing one could mean having to live without the other.

I think the conventional wisdom is that awards are nice to have. Relying on them for a measure of success is, perhaps, a foolish yardstick. Luck is a factor, certainly. But then again, a case could be made that relying on measures of popularity like bestseller status is no good, either. Luck plays a part in that, too. And in both cases it might be chasing the dragon. I won a Nebula! But I’m Hugoless (I’m a failure). I’m on the bestseller list! But only at #25 (I’m a failure). It’s easy to think from my current humble position that anything even in the parking lot of these ballparks would be a triumph, but unless it’s clear where I’m trying to go, there will always be another pinnacle I haven’t reached.

It’s tempting to say, “I’ll keep my expectations low, thereby increasing my chances of success.” But that’s not really a dream, then, is it? It’s more of a to-do item. If I want to merely have a book published, I could quickly polish and self-pub one of my existing manuscripts. Bam. Achievement unlocked.

Upon reflection the distinction between goal, measure of success, and dream is the heart of this matter. The goals are the steps, often linear, necessary for progress. I can set a goal of selling three stories to pro markets. I can set a goal of securing an advance for a novel. And, with hard work, I can achieve those goals. It’s not “no problemo” level stuff, but it’s doable. What those are progressing toward is the measure of success. And that should be a big, hairy, audacious sort of end point. It’s almost indistinguishable from the dream. It might even be close enough. But it has to be within my power, more or less. The dream is the stuff that orbits around that point, the kind of thing I can’t really plan for or depend on to justify my efforts. The goals don’t directly feed the dream, even if they (maybe) enable opportunity for it to come true. Awards are the dream. I mean, yeah, a Hugo with my name on it? I don’t mind wasting some time idly fantasizing about such a thing.

But the thing that drives me, the measure I use to determine if I still need to set goals because I’m not yet where I want to be? That has nothing to do with recognition. That one is simple. I’ll be successful when I can support my family with my writing. That’s it. When I can quit my day job and focus full time on writing without any discernible drop in quality of life, that’s when I move out of achievement mode and into maintenance mode.

From that perspective, given Eric Flint’s theory that popularity—particularly, it seems, long-term popularity—does not track with award-based recognition, I’d rather be popular than acclaimed. I’d even be okay with not being mega-popular as long as I can be just popular enough to devote all my time to what I love. Sure, it would be lovely to have the critical and commercial crossover success (not to mention the multimedia influence) of a John Scalzi or a Neil Gaiman. But that’s dream country. I’ll take the mid-lister’s unsung 35-year career in a hot minute, no regrets.

I won’t get there without the goals. And I won’t accomplish those goals without writing. So for now, that’s what I’m doing. And compared to the guy from twelve years ago who dreamed without measure or goals or effort or any of it? I’m closer to success than ever.