Chuck glared at the gaggle of girls waiting to order pumpkin spice lattes. They had been coming every day, wearing their Ugg boots and taking selfies with their cups, since August. In Texas.

They don’t care about the most important part of fall—Halloween. Chuck had tried making conversation with the girls as he swept floors or tidied up the milk and sugar counter. They would pretend to be interested in his descriptions of horror movies, then giggle together when his manager would scold him. 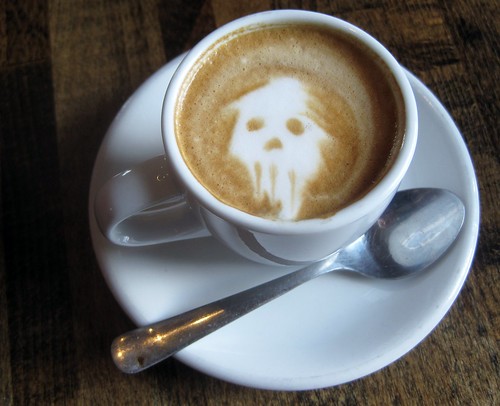 But today was Halloween, which meant that tomorrow, those stupid girls would be ordering peppermint mochas and wearing Santa hats, posting their stupid faces to Instagram.

Today, he would give them a Halloween scare they’d never forget.

Chuck ducked into the back and slipped a hockey mask over his face, the tiny eye slits making it difficult to find the chainsaw he hid under a towel.

He busted through the door, started the chainsaw, then ran screaming into the girls waiting to order, loving the looks of terror on their faces.

It was when the spurting blood blinded him and he was hit by flying limbs that he realized he should have removed the chain.

Sheri White lives in Maryland with her family. She has had a love of horror since she was two years old and watched The Wizard of Oz for the first time. She is a mom to three girls, ages 27, 21, and 18, and has instilled a love of all things scary in them as well. Her one-year-old granddaughter will be gently introduced to the genre as she gets older. Her husband Chris is very understanding.

In addition to reading and writing horror, Sheri also proofreads, edits, and reviews for many horror sites both online and in print. She is also the editor of Morpheus Tales magazine.

She has had fiction published in many small press magazines and anthologies since 2001.

Each day had been interminably long, that first year after his death.

No matter. She would seize the opportunity long awaited and prepare to see him again at the hungry ghost festival.  A yearly tryst would make bearable the other endless days.

She prepared his favorite dishes and burnt joss sticks from dawn to dusk. Paper replicas of his most precious belongings—car, house, wads of money, went up in smoke. All this she did, to ensure that when the gates of hell opened that year to let out the spirits, him among them, all their desires would be sated.

There were things she ought not to do. Dress in red, sleep facing a mirror, open an umbrella indoors.

These too she did. Repeatedly. 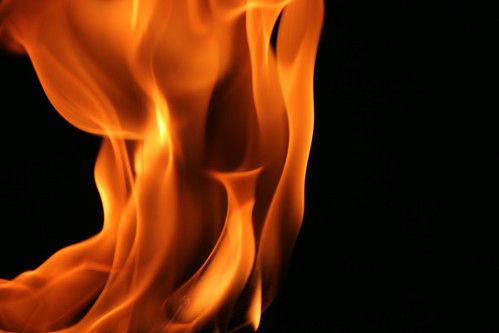 Fourteen days she waited. Nothing materialized. No one came.

As the festival ended, she went through the useless motions of lighting floating lanterns and setting them adrift in the river. She did not turn back to see if they extinguished themselves, signaling the return of the spirits to the netherworld.

She woke up to smoke and flames. As the conflagration consumed everything around her, she finally understood.

It was not him who was meant to come and visit her.

Dimple Shah moved from India to Hong Kong 8 years ago and promptly decided to forego continuing with a lucrative career in banking for the unquantifiable joys of writing. An avid lover of words her whole life, she has only recently officially donned the mantle of spinner of yarns. 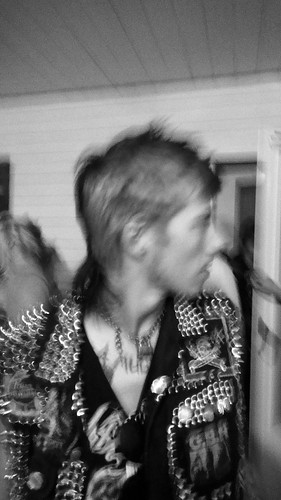 You were so punkrock I was shitting myself for a piece of you. Liberty spikes, kilt over thrashed jeans, and enough steel chain swinging from your studded belt to haul commercial timber up a goddamn cliff. You were the Sid Vicious I’d been looking for and all sixteen years and ten-inch fin of me wanted so bad to be your Nancy I was practically drooling. It was the kind of love story I could get behind: drunken brawls, misdirected nihilism, and all the social dysfunction my teenage heart could bear.

The party was glorious, plastic skeletons and cheap vodka, black candles in the graveyard and sex on the tombstones till sunrise. Then came school on Monday like usual and surprise! you’re the substitute teacher.

Who makes teachers so fine, so young? Whoever that is should be shot.

Gone were your shredded jeans. No trace of ‘spikes, no ghost-clank chains, no smeared black kohl. Shiny and scrubbed, you wore pleated khakis with penny loafers. I was young but decided then and there I deserved a love story that wasn’t fatal, and would occur with more regularity than one day each year.

Alexandra Renwick’s stories appear in spooky places like the Ellery Queen and Alfred Hitchcock Mystery magazines, Mslexia Magazine‘s special Monsters issue, and The Exile Book of New Canadian Noir. Born in L.A. and raised in Austin, she now haunts a crumbling urban castle in Ottawa. More at alexcrenwick.com or @AlexCRenwick.

Judy’s been my best friend for fifteen years, so wishing she would drown in the apple-bobbing bucket might not seem nice, but you weren’t there. 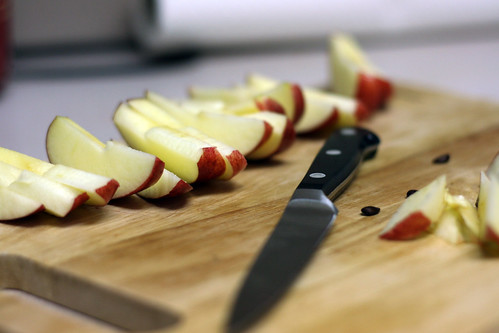 I grab my chef’s knife and pluck one of the apples out of that cold, shirt-soaking water before locking myself in the bathroom.

For the record, I’m not into superstition. Or Victoriana. But a girl needs to know where her future’s headed, who her Mr. Darcy is, whether to keep fishing or cut the bait line. I slice the apple into nine even pieces, an auspicious—if logistically challenging—number, saving the last wedge for the friendly spirits.

On Halloween inside this glass…

Someone knocks when I’m five words into my mantra.

…my future spouse’s face will pass.

More footsteps on the stairs. Judy’s voice this time.

I open the door and let her inside. “What?”

“Someone said you were crying.” Judy wraps me in a bear hug, pops the ninth piece of apple into her mouth, says she loves me.

Before we leave the bathroom, I catch her reflection in the mirror.

Christina Dalcher is a linguist, novelist, and flash fiction addict from The Land of Styron. She is currently matriculating at the Read Every Word Stephen King Wrote MFA program, which she invented. Find her at ChristinaDalcher.com or @CVDalcher. Or hiding in a cupboard above the stairs. Or read her short work in Zetetic, Pidgeonholes, and Syntax & Salt, among other corners of the literary ether.

I had found the green ribbon by chance; stuffed between two hay bales in the back of the barn. I was searching for our spare whetstone, when I noticed the gap between the bales. It wasn’t mine; the last thing my husband gave me was his mother’s wedding ring. 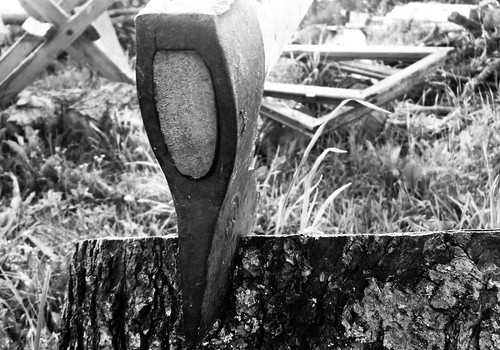 I placed the ribbon back between the hay and decided to put the whole thing out of my mind. The truth, that my husband was unfaithful, was too shameful to bear. Lost in thought, I found the whetstone resting atop an old saddle and headed back toward the wood pile. I never saw my Husband watching me from the top of the attic stairs.

One final swipe and the ax’s blade glinted red, reflecting the light from the setting sun. A sudden blow striking my temple brought me to my knees, the ax falling from limp fingers. Dazed, I turned to my attacker and caught a glimpse of my Husband’s face before he kicked me to the ground. He raised the ax and swung it down upon my neck.

Beheading is a slow, intimate process, but my Husband was resolved to see it through. One secret gift found. Two flinches of hesitation. Three pleas for mercy. Four swings and I was dead.

Tasha Teets is the Customer Service Representative for Gerber Collision. She also assists with managerial duties to run day to day operations. Over the past 3 years, she has worked with various Maryland locations to improve productivity and sales. Tasha Teets has taken classes at Anne Arundel Community College and plans to transfer to Bowie State University. She resides in Bowie, Maryland with her family and one spoiled rotten dog.

When they started to arrive on Cross Street doorsteps, it was without explanation. Mrs. Blanchard, Sunday School teacher, got one with a pin stuck through its head, then succumbed to crippling migraines. Mrs. Thomas, crossing guard, turned up one on a rose branch, right before she fell smack on her garden rake. It was an ordeal for their neighborhood of neat fences and good jobs.

Mrs. Eckhart kept Edgar and Mary indoors. They were too young to hear the gossip, plus a widow’s life was hard enough.  She hoped, they all did, the dolls would just stop. Then she discovered one inside their mailbox, a string around its ankle.

The next day, Mary tripped and almost fell off the porch. If Mrs. Eckhart hadn’t grabbed her arm, she could have broken her neck. Alarmed, she’d made the pair stay home that week. Things seemed to have settled down until she noticed her sewing scissors missing. And that Edgar had been conspicuously absent all morning.

She found him behind his bed, holding a doll with a blue apron at its waist.

“I had to, Mama. You helped Mary. After you’re both gone, they’ll be no one to get in my way.”

Grey Harlowe is a writer living in the Pacific Northwest. Her work has previously been featured by Every Writers Resource, SpeckLit, Cheapjack Pulp, HorrorAddicts.net, Microhorror.com, and The Last Line. She has work forthcoming in The First Line, and Quantum Fairy Tales.

The last trick-or-treater has come and gone. You turn off the lights, eyeing the last candy bar in the bowl. Peanuts and chocolate. Your favorite. As your foot lands on the first stair, there comes a loud, slow knock at the door. You stop, and look regretfully at the treat in your hand. You can always buy more tomorrow, but for the costumed kids, Halloween is sacred. With a good-natured sigh, you answer the door.

The shape filling your dark porch is too large to be a child, too broad. “Trick-or-treat.”

Fingers trembling, you flick on the porchlight.

The slump-shouldered man at your door wears a mask that looks exactly like you, except for the deep bruising beneath the cut-out eyes. The parted lips are split and bleeding.

You stare, unable to speak.

The man looks down to where your numb fingers still grasp the candy bar. He takes it from you. “My favorite,” he rasps, raising a gnarled finger to tap the mask’s pale, bruised cheek. He touches your face in the corresponding spot.

The contact breaks the spell and jolts you backward. You slam the door on that gruesome latex caricature.

As you lock the door and sprint up the stairs, he calls to you.

Shenoa lives in southern California and writes whatever catches her fancy, from horror to fantasy and erotica. Check out her fan page at facebook.com/sbcbfiction, say hello on twitter @ShenoaSays, or keep up with her latest projects at sbcbfiction.net.