With an absent heart, my insatiable hunger is turning bones brittle. I fought for Britain, then a bomb blew my platoon into confetti. Some of us ramble in the twilight, but we’re unable to go back to Blighty.

Now we confine ourselves to outskirts, living off scraps and dirt. I don’t feel cold, the goosebumps days are gone. My uniform is unrecognizable. Eastern winds wither what’s left of my face, and the uneven soil fills the potholes in my feet as I stumble through the woods. 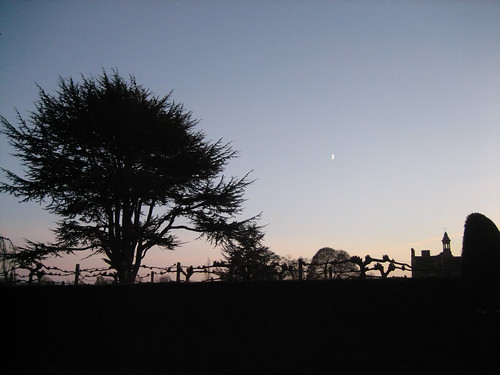 Perhaps we won the war: I notice an increase in coaches waving the Union Jack. People picnic in the open, drink tea and eat mince pies—unaware that we regard them with drooling mouths. The innocence in the childrens’ eyes betray them. They don’t know the horrors we’ve endured to allow them this privilege.

Snarling, I point my severed limb towards the family, and my squadron silently surrounds them.

Their fleshy insides are ruptured first. A surge of blood covers the blanket. We’re deaf to their screams; our hunger is louder, and their pleas only fuel our desire.

I put on the father’s stained overcoat, rip its medals off, and leave them behind in the scarlet grass.

With new clothes, and sated cravings, we retreat to await the evening.

Daniel is a Swedish teacher living in London with his wife and two children. He plays the guitar and changes diapers in his spare time. His work has previously been published with Zetetic: A record of Unusual Inquiry, Flash Fiction Magazine, and others. You may find him on Twitter: @lindhoffen.