Plying the warm waters of a shadowed Sea, speckled with spits of froth and reflected starlight, we ride the ferry for the lost and found. Our crowded cots, tiered across an open deck, pitch and roll, lifting our smell as one, from stem to stern. Legs akimbo with slippered feet, grow across the tiny aisles, bodies hidden by the sacks that haul our life. 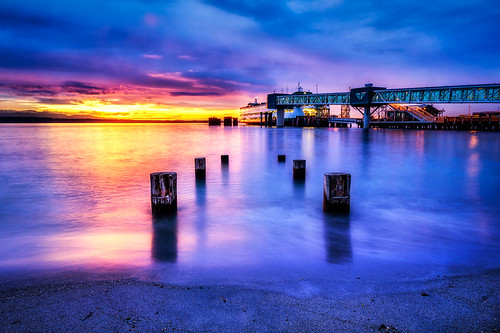 On the move, going from crumb to crumb, visions of better fare, or to only home somewhere, our nods of passage show, as the knocking screw calls the tune. Sometimes we wander to the rail and stare beyond. If a light of life be seen, suspicions of how its table fairs, or what its bed beholds, float among our spray. Looking along the rail, another’s eye to see, table or bed is quick to know.

With dawn and a port that calls, we rise like Jack’s stalk, among the humps of baggage, mount our loads, as if super ants we be, and string along the plank, to melt into the life we know. Crumb by crumb, visions of a knocking lullaby safely tucked away.

Charles Hayes, a Pushcart Prize Nominee, is an American who lives part time in the Philippines and part time in Seattle with his wife. A product of the Appalachian Mountains, his writing has appeared in Ky Story’s Anthology Collection, Wilderness House Literary Review, The Fable Online, Unbroken Journal, CC&D Magazine, Random Sample Review, The Zodiac Review, eFiction Magazine, Saturday Night Reader, Cha: An Asian Literary Journal, and others.