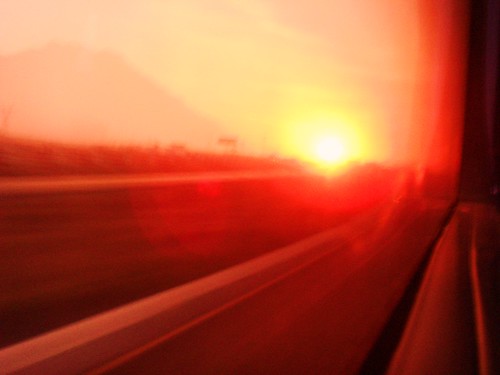 The mountain is like a screw, pressing down the land along the spiral of the road that wounds round it, each bend taking us closer home. I can hear our hearts beating, over the stuttering of the old engine and the noise of the indifferent crowd.

He is standing away from me, under my brothers’ watchful eyes. The mouth that I used to kiss is bleeding. His blood is my blood, the blood of our ancient ancestor. The blood that makes our love forbidden. I wonder if they’ll have DNA testing at the trial. The thought makes me laugh, in spite of the broken bones that feel like they’re on fire. He opens his bruised eye, and smiles at me, like he knows what the joke is. Immediately, my youngest brother bangs his head against the wall. My uncle’s fingers dig deeper around my wrist, warning me to shut up.

“Haven’t you brought us enough dishonor?”

The bus turns at a bend, the wind from the window slashing my face like a knife.

With each turning of the screw, our hearts thump a little louder—a frenzied pumping of iron and oxygen into cells desiring a little more time. The bus rolls on towards our final destination. 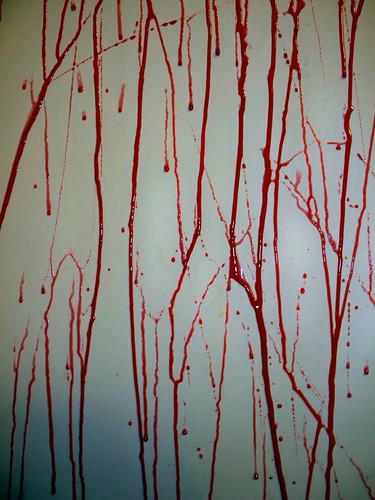 A bit of offal slid off the knife and landed on the hem of her coat, the blackish red of the organ meat just slightly darker than the bright crimson of the fabric. She swore loudly and looked around for something to wipe up the mess. But everything in the bedroom was covered in blood. Even the ceiling was dripping with arterial spray, falling like apocalyptic rain.

“This is all your fault!” she shouted at the bifurcated creature at her feet.

Dispatching the beast was neatly done with one clean cut of the blade below the jaw, the sharp edge sliding down to the spine so it didn’t have a moment to feel shock or pain before collapsing dead on the floor. But trying to carve out its gullet was more difficult. It was half an hour of slicing and sawing only to find the remains of her grandmother were already digested. Yet through it all, she had kept her coat clean.

Until now. She watched with despair as the blood soaked into the threads, spreading and blooming into a dark red stain.

“Do you have any idea how hard it is to get blood out of satin?” she asked angrily. The wolf did not respond.

Kris Miller lives in the rural Midwest with her fiancee, their cats, and a very excitable Shih Tzu. She spends her days as a legal aid attorney and her evenings as a short fiction writer. http://somethingwenthorriblywrong.wordpress.com