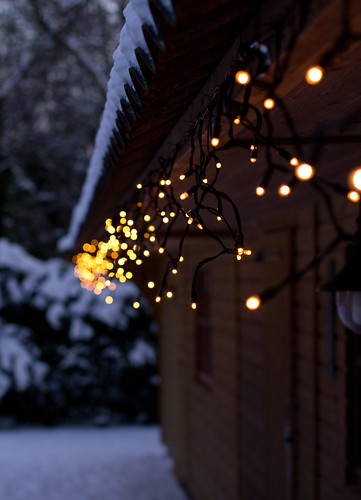 The annual ritual always left Saint Nick shaken and exhausted. That’s why he used the workshop. This necessary act was not to be seen.

“I’ll clean up, sir. You get some rest,” Chief Elf Elroy said.

Most people thought the reindeer were born with their special abilities. If only that were true. Santa’s magic elixir gave them the power to fly, the stamina to travel the world in one night. But that potion carried a hefty price: madness at sunrise. And only a blow from Santa’s ax could prevent that transformation from taking place.

Mrs. Claus was waiting at the front door with hot chocolate and a tray of cookies. Bless her heart, she had no idea how every Christmas night came to an end.

Santa kissed her warmly on the cheek.

“How was your night?” he asked.

“Oh, fine. After all these years, I still don’t know how to pass the time while you’re away. So I finally tried some of that concoction you always make. Can’t say I cared for it.”

Santa stood dumbstruck. Dawn was breaking over the horizon, and his eyes shifted toward the workshop.

Michael Balletti lives in New Jersey. By day, he’s a copy editor for a marketing research company, and by night, he tries to write as much as time permits. His work has appeared or will soon appear in Theme of Absence, The Last Line, Postcard Shorts, Sanitarium Magazine, Illumen, Black Satellite, MindMares and The Threshold. 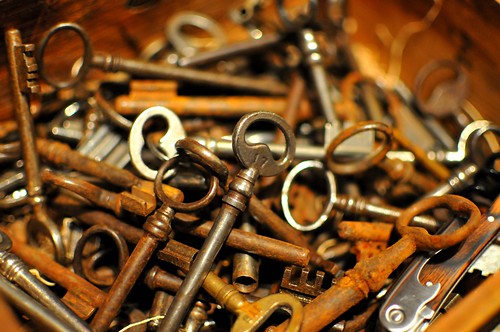 He held out an unwrapped present that rattled like a pocketful of quarters. “Thirty seconds.”

She threw back the lid and plunged her hands into the familiar box. There were a hundred silver keys inside, maybe more.

Their first Christmas together, she’d taken too long to decide. She’d thought it was a joke and wound up empty-handed. That seemed so long ago.

He let her keep the keys that didn’t fit, and she spent the year studying them, learning which patterns were wrong.

She seized on two that could be right, neither had the same pattern as her pile of rejects. But which one was right? Were there multiples in the box? Decoys?

Was the right key even in there?

She held them up to compare. The left key had a thinner larger first tooth. Was that wrong?

She dropped it. Heart pounding, she scrabbled for the lock fastening her ankle chain to the furnace pipe. Her chosen key slid in.

She cranked her wrist to unleash freedom.

With a moan, she collapsed backward, striking her head hard on the cellar floor.

“Zero.” He clapped the box shut with a sigh. “Ah, well. You tried. Better luck next Christmas.”

Shenoa lives in Southern California and writes whatever catches her fancy, from horror to fantasy and erotica. Check out more short stories at http://www.sbcbfiction.net/ or in Demonic Visions volumes 2-6 http://a.co/2KcXPH2.

What Johnny Wants For Christmas

Stockings hung by the fireside with care… check. 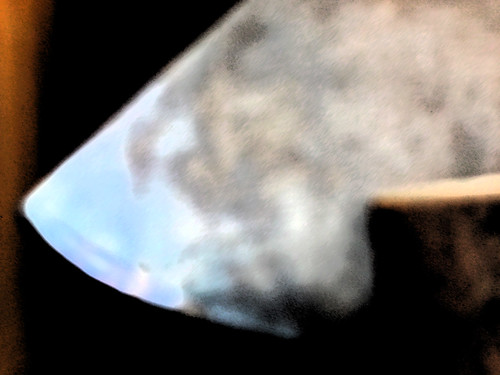 Johnny dragged a chair away from the kitchen table, as quietly as he could. His father’s snores came from the bedroom down the hall, and every time the sound trailed out, Johnny paused, heart racing. Finally, the chair bumped against the kitchen counter. He clambered up and stretched on his tiptoes, just barely able to slide out the largest blade from the knife block.

When Johnny had asked for a super soaker last Christmas, what had he gotten? A duck, that’s what. A crappy wooden duck. Still optimistic in those days, he had brought it in for show and tell. The other kids in preschool had laughed at him, and laughed even harder when he ran to the teacher, crying.

Johnny shook off the memory. This was no time for weakness. The lights on the Christmas tree twinkled and flashed merrily, reflecting off the cool, smooth metal in his hand. He waited patiently by the fireplace until he heard jingling bells and heavy footsteps on the roof, and then he hefted the blade.

Boy, was Johnny ready for him. This time… this time, the fat man would pay.

Alison McBain lives in Connecticut with her husband and three daughters. She has over forty publications, including stories and poems in Flash Fiction Online, Abyss & Apex and Once Upon a Scream. She writes book reviews at www.bewilderingstories.com, blogs at alisonmcbain.com and tweets @AlisonMcBain. 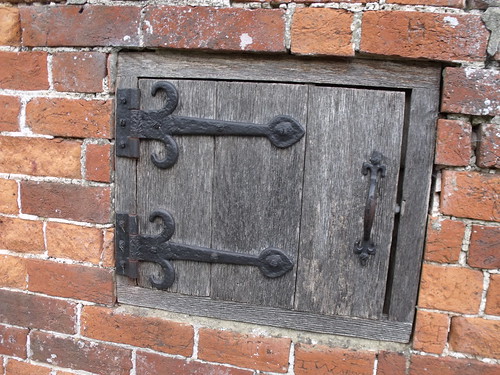 A low growl on the other side of the oak door catches her attention. She sighs and thinks how lovely a vacation would be. To get away from all this sorrow gone mad. Caring for them is no problem. They’re lovely, really. Until one can’t take it anymore and goes feral. This is when she doesn’t like her job so much. You cannot expect an elf to work forever, of course, but she had to agree with her husband when he says they should be able to last ten years. They really should be content knowing they give joy to so many children. Yet, the living conditions are awful and there are always going to be weak ones who can’t cope. The growl intensifies and Mrs. Claus knows it is time to act—before he becomes too strong to subdue. She reaches for the cattle prod next to her armchair. It is a shame her husband won’t listen when she suggests a rehabilitation program but he just goes on about the cattle prod and the incinerator. With the abundant supply she can see his point but changes should be made. She raises the cattle prod, turns the doorknob, and vows—as she does every year—to make improvements next season.

Another Day in the Life 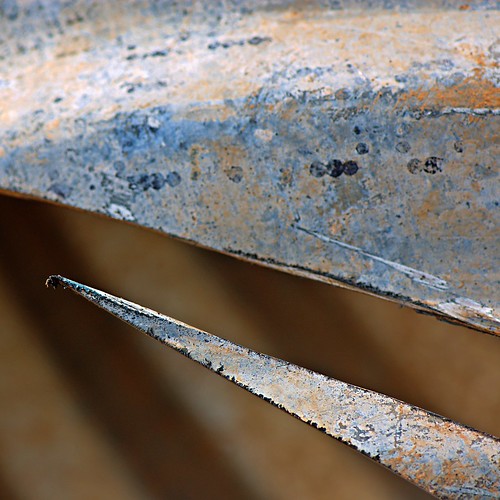 Determined to make today special, Marnie hung dusty tinsel from the mantle at dawn. The Krawn Occupation had ruined the last four Christmases. Cate had spent them huddled in her wheelchair, battle-ruined fingers stroking her empty stocking.

This year, Marnie had found a gift. She slid the pair of shiny knitting needles into Cate’s stocking then slumped on the sofa, exhausted from her predawn excursion digging through the fabric store’s rubble.

The front door banged open. A Krawn, all gleaming armor and claws. “Marnie Greenlove? You are arrested for treason.” One eyestalk glared down at her.

“Who’s there?” Cate’s weak voice from the bedroom.

“Go back to sleep, it’s just me.” Marnie’s shiv was in the kitchen.

“Stand up.” The Krawn touched its holstered laser.

In one motion, Marnie rose and jabbed the knitting needles into the Krawn’s armpit, aiming for that sweet spot between the armor plates. The Krawn sagged, more quickly than if she’d used her knife. She’d have to tell the others about how well knitting needles worked.

She dragged the corpse behind the sofa and tossed the gore-slicked stocking and broken needles on top.

The creak of Cate’s wheelchair made her turn. “Merry Christmas, Marnie dear!”

“Merry Christmas, love.” She settled Cate next to the fire. Just an ordinary day, after all.

Holly Schofield’s stories have appeared in many publications including Lightspeed, Crossed Genres, and Tesseracts. For more of her work, see hollyschofield.wordpress.com.

Tied Up With Strings 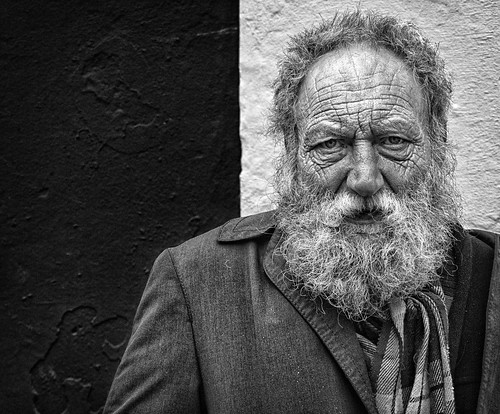 Joseph worked his way through the crowded mall, ignoring the whispers and stares. Past the three-story Christmas tree, a little girl ran into his leg. She looked up at him, gasped, and pressed a green envelope into his hands. He looked down to see the letter was addressed to “Santa” in the kind of handwriting only a second-grade teacher or parent could love. When he looked back up, he couldn’t find her.

“I don’t want this,” he muttered, looking for a trashcan. He hated being mistaken for Santa. No, he hated being reminded that his grandson Clark loved thinking of him as Santa. His son’s girlfriend had taken off four years ago on New Year’s Eve. With Clark. Without a trace.

His grief was a splinter that dug deeper and deeper each passing holiday. He loved his full, well-groomed white beard. But the recognition as Kris Kringle was too much for the sharp prick he felt in his heart.

“Dye it red, then,” his wife, Edna, had decreed. “I don’t want to hear you complain about this for the next twenty Christmases. You think I don’t miss him too?”

He found a trashcan and set the envelope on top.

Rachel Anna Neff has written poetry since elementary school and has notebooks full of half-written novels. She earned her doctorate in Spanish literature and recently completed her MFA. Her work has been published in anthologies, Dirty Chai magazine and Crab Fat Magazine. You can find her on Twitter as @celloandbow or check out her editing venture at www.exceptionaleditorial.com. 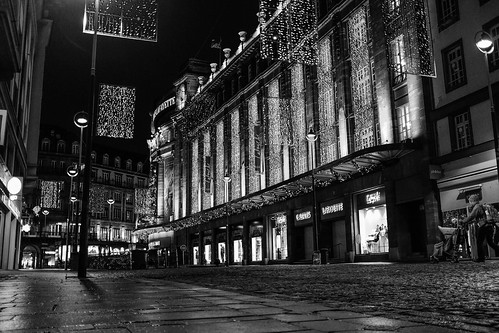 The bishop has done it before.

This year’s soul is dressed in a sagging red and white costume and sporting a soiled beard. The bearded man is standing over a black kettle while ringing a bell as though he is calling for heaven’s notice. He approaches the man and slips a ten dollar bill into the kettle.

“Don’t do it,” he whispers to the man. “Think of your children finding out what you are planning to do. Remember why you ring the bell and who it is for. It will work out. Trust me.”

He smiles and pats the man on his skinny back and walks off into the crowd.

The bearded man calls out. “Wait! It is because of my children I need to do this!”

The bishop stops and turns. “Trust your better nature. Merry Christmas to you, son.”

The bearded man feels a lump in his pocket. He pulls out a wad of cash, exactly the amount he needs to buy his children Christmas presents. Tears fill his eyes and he picks up the bell. “Bless you!” he calls. “What is your name?”

A deep chuckle sounds through the parking lot. “Nicholas,” he answers. “You may call me Nick.”

Mary Casey writes from the Blue Ridge Mountains of Virginia, where she is inspired by her surroundings and two Tibetan Spaniels.

On Christmas Day 2019, billions of Hildreth fell like snowflakes from their orbiting bauble-ships. Summoned from their homes, most of Earth’s population floated up into the sky without saying farewell. Abandoned by his wife and daughters, Bill Dennison contemplated a life as vacant as the chairs
surrounding his dining table. 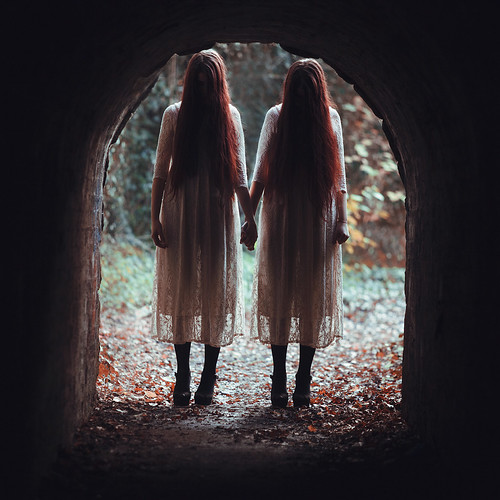 One year on and Christmas Day delivered sporadic gunfire, also a knock at Bill’s door. Lonely enough to accept the risk, he tugged back the bolts. Three Hildreth stood on the doorstep: the tallest chin-high to him, its companions identically shorter. Golden skin notwithstanding, the trio resembled his family closely enough to make him shudder. “Merry Christmas!” echoed in his skull as he slammed the door. He dismissed subsequent visitations from the sanctuary of his armchair.

On the fifth anniversary of his family’s departure, Bill noted the lack of gunfire and his depleted stock of food. The knock came. He heaved a sigh and opened the door.

The twins’ smiles set off fireworks in his head.

The twins spoke in unison. “We’ve something for you, Daddy!”

Hearing another knock, Bill shuffled to the door with tears prickling his eyes. He knew what to expect.

Finally, it was his turn.

Formerly an astronomer and more recently a research project manager in an aerospace company, Vaughan Stanger now writes SF and fantasy fiction for a living. His stories have appeared in Daily Science Fiction, Abyss & Apex, Postscripts, Nature Futures and Interzone, amongst others. He has recently released a new collection of short stories as a Kindle ebook: Sons of the Earth. You can follow Vaughan’s writing adventures at vaughanstanger.com or @VaughanStanger.