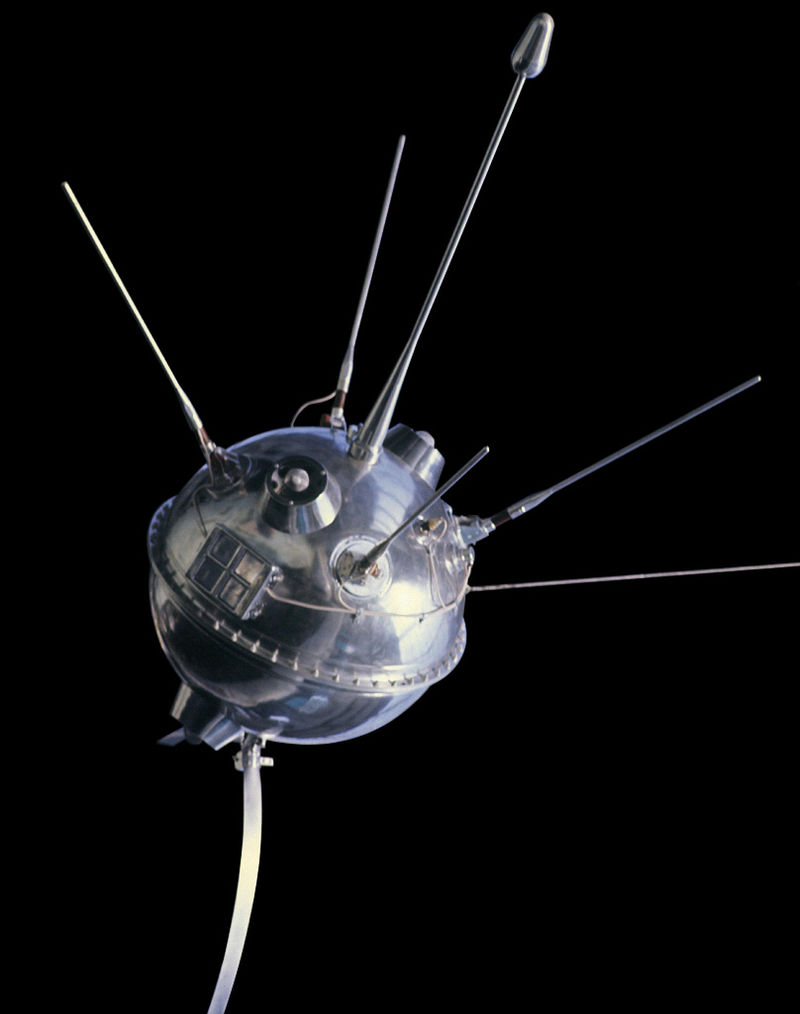 I was watching a documentary (I wish I could remember which one) on early space exploration efforts and it mentioned, almost off-handedly, Lunik I. Lunik was a Russian space probe, designed to land on the moon and transmit data back to Soviet scientists. Instead, the trajectory was wrong and the probe missed the moon, settling into an orbit around the sun, between Earth and Mars.

Sometimes Lunik I is referred to as “mechta” or “lunik mechta,” which translates to “moon dream,” which is just a beautiful phrase to me, so I jotted it down. I thought perhaps to make Lunik the target of some sort of alien investigation, but as I looked into the story behind the mission, it occurred to me I really wanted to tell the story of the probe itself.

I dedicated more research time to this story than any other I’ve ever written, possibly including my novels. For one thing, I wanted to understand the mission and in some ways that meant understanding the early days of the space race better. The other reason I spent so much time on research for the story is that my original target market was a flash fiction market with a hard word cap of 1,500 words. My first draft was sort of context free, with only the dates off marking the different sections. A really thorough knowledge of space exploration’s history—including memorized dates—became pivotal to understanding the story and many beta readers were confused. To address the issue I went searching for news clippings I could incorporate into the sections.

I wanted to use exact and direct quotations from major newspapers. But I discovered the secretive nature of the space race during the Cold War meant the dates were not going to cooperate. Much of the reporting for Soviet activities happened well after the fact in English-language papers, resulting from triumphant press releases by the Soviet space programs. So pre-launch announcements were simply not available. I also ran into cases of other reporting for significant events—even NASA ones—to be less pithy than I needed for my format. I tried to remain as close to original sources as possible. For example, the January 1, 1959 AP report is cobbled together from a couple of actual AP dispatches originally written in the past tense, here presented as if they were the result of some rather unlikely (for the time) journalism. Other news clippings got lightly edited for space and clarity.

Part of me wishes the news clippings weren’t necessary at all. There is, I think, another version of this story. A much longer one, which doesn’t rely on citations to provide the necessary context. Perhaps it includes anthropomorphizing other missions or craft. In fact, after the target market rejected the story, I was on the cusp of re-working the whole thing in a similar fashion when I heard about Zetetic’s call for speculative fiction stories. I’ve known George Wells for a few years now and I’ve been wanting to work with him for a while so I decided before I went back to the drawing board I’d try submitting as is one more time. Happily, they picked it up and spared me from having to wrestle with something that would probably have gotten unwieldy in a hurry.

Because the two things I like most about this story are its focused meditation on the nature of failure and that it’s a different sort of speculative fiction. It’s not really science fiction because the science there is all very real. But because the probe is the narrator, assuming the responsibility and guilt for not achieving the desired result (rather unfairly to herself, actually, since Lunik I did provide a lot of new and interesting data to Soviet scientists), it has that “what if” quality common in fantasy.

One thing I learned from this story is how much I enjoy writing historical fiction and narrative non-fiction. However, it also confirmed that while I enjoy research, it’s exhausting. I have an idea for another piece of historical speculative fiction set during the late 1500s and early 1600s and I keep wondering why I haven’t written the thing. Spending the weeks it took me to research just for this little flash piece (where most of the research is pretty readily accessible since it’s all within the last sixty years or so) was a good reminder why I haven’t made much headway on what is likely a novella length work. It was a good exercise to finish a research-heavy story, even a short one. Like finishing the first few clunky novels, it shows me I am capable of the feat, at least.

And it’s not like I think this story is a shrug off. I’m proud of it. I think it’s a good concept and it has something to say. I’m delighted (I had to resist the urge to write “over the moon” there) to be in Zetetic, to work with George, to bring light to an overlooked but important chapter in the history of space exploration. I hope it encourages others to read up on the history of the Russian space program. I hope it makes readers think about the perspective necessary to see something as a failure. I hope it continues to remind me how no success comes without a few miscalculations along the way.