It took three beers to smell the sweet grass burning in the pool room of the Pembina Motor Hotel, five to hear the murmur of Cree. One night in December a trucker from Trois-Rivières kept buying rounds. I got so shitfaced I finally saw the ghosts. 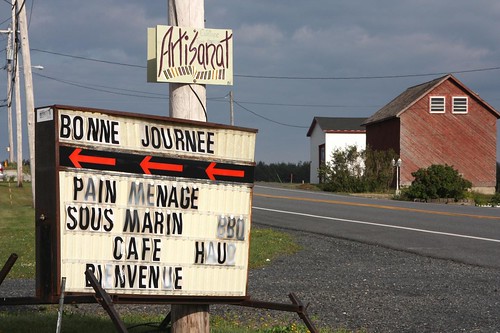 I looked up from my shot and a woman stood over the far pocket. She stared at me through the torn curtain of her wet hair; muddy water bubbled out of her mouth and trickled down her chin. At the table behind her, beneath the flickering Molson Canadian sign, an old man sat smoking Players Menthol. The pack lay in front of him, the foil quivering in the furnace breeze. There were no eyes in his gaping orbits. Sallow skin hung from his cheeks, stained as boarding house sheets.

“Come along with me, boy,” the trucker shouted. “You can see the world. We’ll stop in Thunder Bay. I know a whore there who can make her pussy talk: not whole sentences but words.”

Outside the traffic swept down the highway and through the dreaming suburbs. The dead woman began to sob.

William Squirrell is a Canadian writer living in western Pennsylvania. His work has appeared in Monkeybicycle, Blue Monday Review, AE: The Canadian Science Fiction Review and other venues. More information can be found at blindsquirrell.blogspot.com